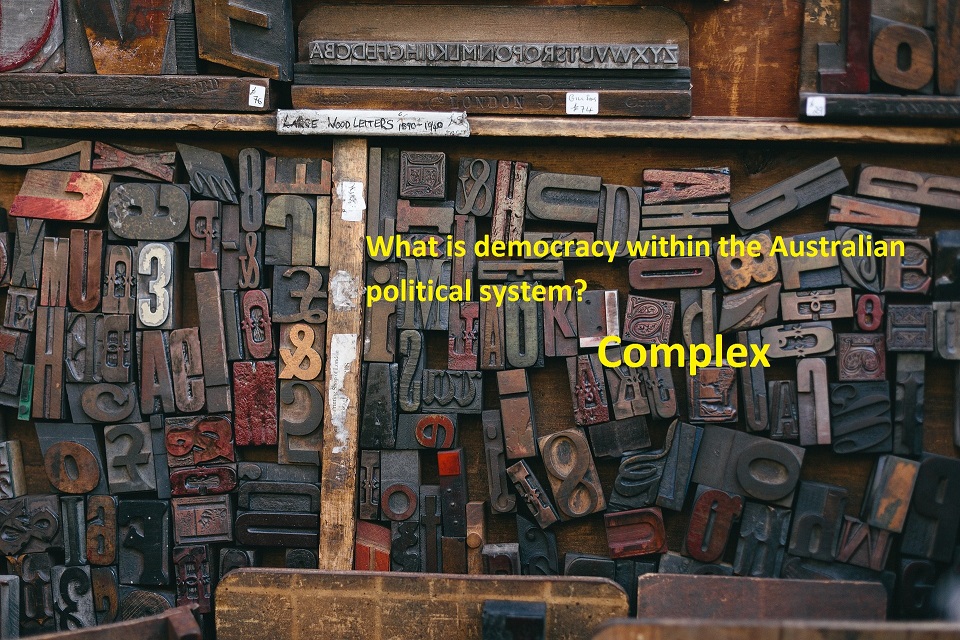 Seven of Eight’s letter published in the previous Portside, raises a complex issue, how the concept of democracy should be understood within our Australian political system. Our political system is a liberal democracy which draws on ideals of the liberal and democratic traditions, the rights and liberties of individuals and the rule of the majority. These two ideals can give rise to internal tensions.

Although the potential of internal tension and unstable government exist, our liberal democracy for much of its history has produced relatively stable and effective government. Taking the liberal commitment to limited government, blended with a democratic belief in popular rule, and mixed with a civil society, provides mechanisms to hold our governments accountable for their actions throughout their term of office, not just at election time.

Government limitations are imposed by: a constitution; separation of powers between the judiciary, governmental sector and governmental executives; and protections for individual and minority rights. This limitation on government seeks to reduce their ability to override the interests of the majority or to interfere with the freedom of individuals to shape their own lives.

Popular rule gained through success in regular and competitive elections, based on universal adult suffrage, promotes the notion that governments should be accountable to and govern in the best interests of the citizens. In our civil society we have: the freedom to engage in political activity; a strong private enterprise economy; independent trade unions; and free press, among other things.

Australian political history is littered with events displaying the internal tensions of our liberal democracy. One of the most well-known was the 1975 dismissal of the democratically elected Whitlam Government by the then federal Governor-General, Sir John Kerr; another memorable event was when the High Court rejected the attempt to ban the communist Party in 1950 by the Menzies Government.

And to end on a side note – Ironically the Menzies Government won the 1961 federal election on the back of Communist party preferences which allowed them to win the seat of Moreton!